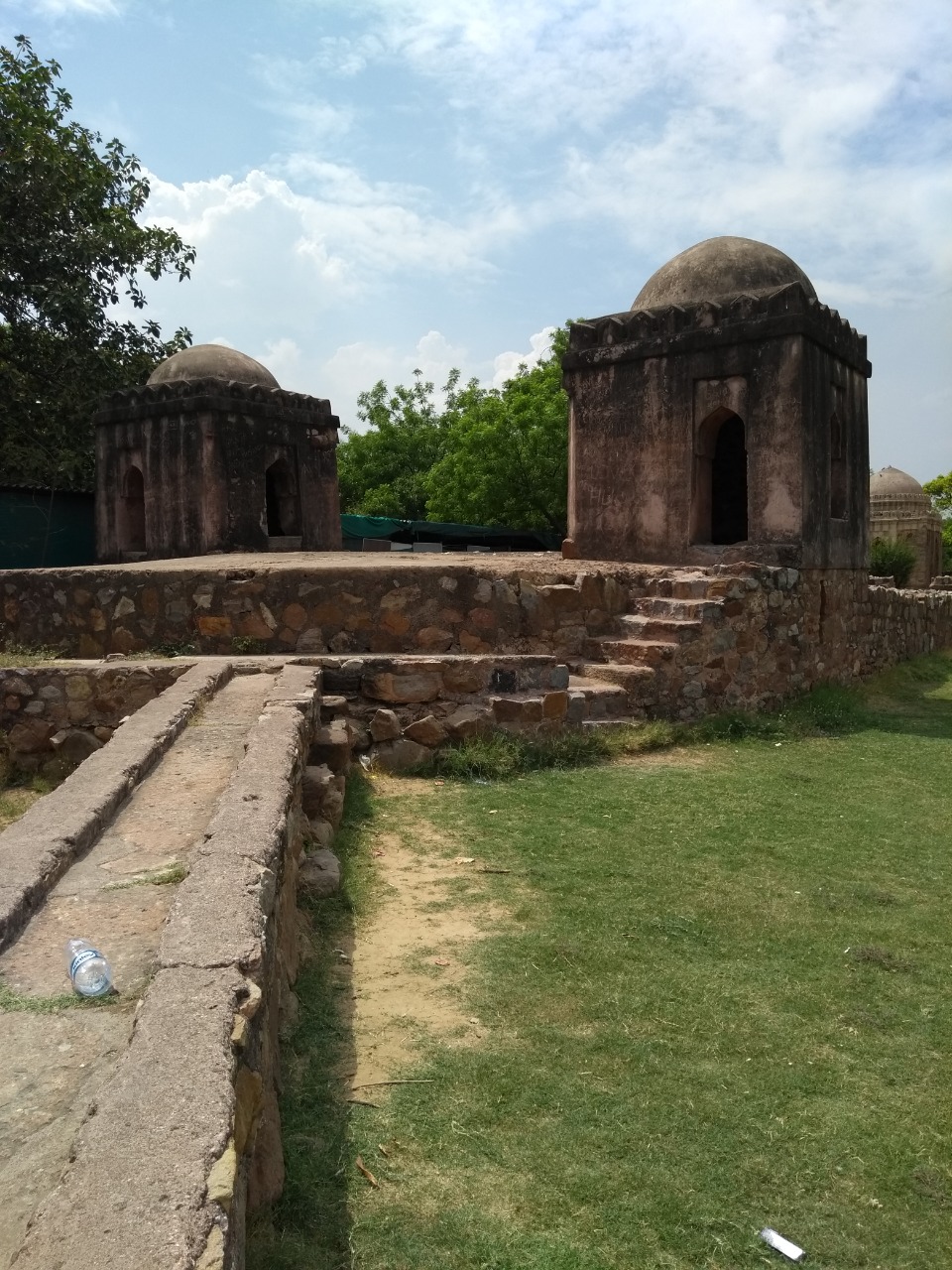 2 Jul
Come Explore the Lesser-known Monuments of Delhi's R.K. Puram with this Heritage Walk
As the centre of northern India, Delhi has been a major attraction for every foreign invader. The city encapsulates a rich cultural heritage, evident in the splendid monuments it houses. Given the significance of the city in the subcontinent, most of its history has been studied and documented. However, there are still several heritage sites that remain relatively unheard of. Some of these monuments can be found at R.K. Puram, an affluent area in south-west Delhi. R.K. Puram is also home to monuments such as the Wazirpur tombs, Bijri Khan’s tomb, the Munda Gumbad, etc. These sites, and more, will be explored in this heritage walk.

The city of Delhi evokes several emotions. These emotions sweep through the bustling, delicious-smelling lanes of Chandni Chowk to the well-paved, glittering areas of Hauz Khas; from the nefariousness that grips the corners of east Delhi to the settlements that thrive along the Yamuna in the north. Delhi is a complicated place, a mix of several characters. However, a fabric common to the entirety of Delhi is the history and heritage shared by every part of the city.

As the centre of northern India, Delhi has been a major attraction for every foreign invader. Due to its location, it encapsulates a rich cultural heritage, clearly evident from the splendid monuments it houses. From Humayun’s tomb and Jama Masjid to the Red Fort and the Purana Qila, stories of bygone eras lie frozen in the walls of these monuments, found in every corner of the capital. Given Delhi’s significance, most of its history has been studied and documented. However, there are still several heritage sites that remain relatively unheard of.

Some of these monuments can be found in R.K. Puram, an affluent area in south-west Delhi. Known as Ram Krishna Puram, this area was part of the region that encompassed five out of the 11 historic cities of Delhi. With proximity to Hauz Khas and Safdarjung, the area houses several medieval-era colonies and monuments. Known for its educational institutes and government residences, R.K. Puram is also home to monuments such as the Wazirpur tombs, Bijri Khan’s tomb, the Munda Gumbad, etc. These sites, and more, will be explored in an exciting heritage walk on July 13, organised by Sahapedia through its outreach programme ‘India Heritage Walks’.

Tombs built in the medieval-Islamic style are some of the most commonly found constructions in India. All across the subcontinent, we find magnificent examples of monumental funerary structures, erected in memory of the departed. In fact, the earliest monumental Islamic tomb on Indian soil was erected in Delhi by IItumish, the third ruler of the Mamluk dynasty. Bijri Khan’s tomb, however, is from the Lodi era. Believed to be more than 600 years old, it houses four tombs that historians attribute to nobles in the Lodi court—Bijri Khan is said to be one of them. Built with red sandstone and marble, the tomb is set on a raised mound. After it lost its former glory, several people were discovered to be residing inside the ruining monument. However, given its archaeological significance, the Archaeological Survey of India (ASI) has begun work on its restoration.

The Wazirpur complex consists of several monuments from the Lodi era (AD 1451–1526). Located amidst thick green foliage, it consists of five tombs. However, the identity of its occupants is still a mystery. All the tombs have similar architecture, consisting of square chambers with ornamentation on top.

The complex also has two ‘wall mosques’ or mihrabs that indicate the qibla or direction one should face while praying. These are covered in exquisitely designed patterns, a testament to the local craftsmanship of that era. The complex also has a well, referred to as the baoli. A series of steps lead the way down to the now-empty water tank. The peaceful environs of the complex makes you think of a time when life thrived there.

It is these stories that will be discussed during the walk. With a special focus on architecture, its influences and significance in the modern era, this heritage walk through Delhi’s R.K. Puram will shed light on these lesser-known sites and the importance of documenting them. Delhi’s history is a complicated puzzle, and each piece is important to its narrative.

The walk will be led by Vidhi Gandhi. She is a former history student from Jesus and Mary College and was the president of its Art and Architecture Society. Passionate about history, heritage and storytelling she has led walks for several organisations and was a volunteer at the National Museum.

Come explore the undocumented heritage of Delhi’s R.K. Puram, one monument at a time.

This guided tour is free.

To find out more on Delhi’s history and heritage on Sahapedia, click here.