​The Northbrook Gate has been a landmark for over 140 years now, and holds a significant place in the history of colonial Assam. For my second walk with India Heritage Walks, I selected this very gateway by the river. Not as monumental, or as imposing, as the Gateway of India, it still holds numerous stories in its rich history.

Situated on the riverbank of the mighty Brahmaputra, the Northbrook Gate has been a silent spectator of every event—historic or not, major or minor—in the evolution of Guwahati into a flourishing modern-day city, since 1874 till date. But who shall narrate the legacy of this non-living entity? So, on a fine breezy Sunday, I set out on a walk in the premises of the ‘Gateway of Assam’, along with a few enthusiasts who were keen on learning about this colonial monument in their very own city.

History has it that the Northbrook Gate was constructed to commemorate the arrival of Thomas Baring, the First Earl of Northbrook and the Viceroy of India (1872–1876). Lord Northbrook, as he was popularly called, had come to Assam through the sea route, as it was the only means of transport long before railway lines were constructed or aeroplanes flew in the North Eastern skies, before Assam finally became a state with five major districts. The Northbrook Gate has been a part of some of the significant events of Assam’s history. From the time when Rabindranath Tagore visited Assam in the year 1919 to deliver his speech in the nearby Jubilee Park—he spent some quality time praising the mightiness of the river before his public address—to Mahatma Gandhi’s ashes being immersed into the river by the first chief minister of Assam Gopinath Bordoloi, this ‘Gateway of Assam’ has seen it all. 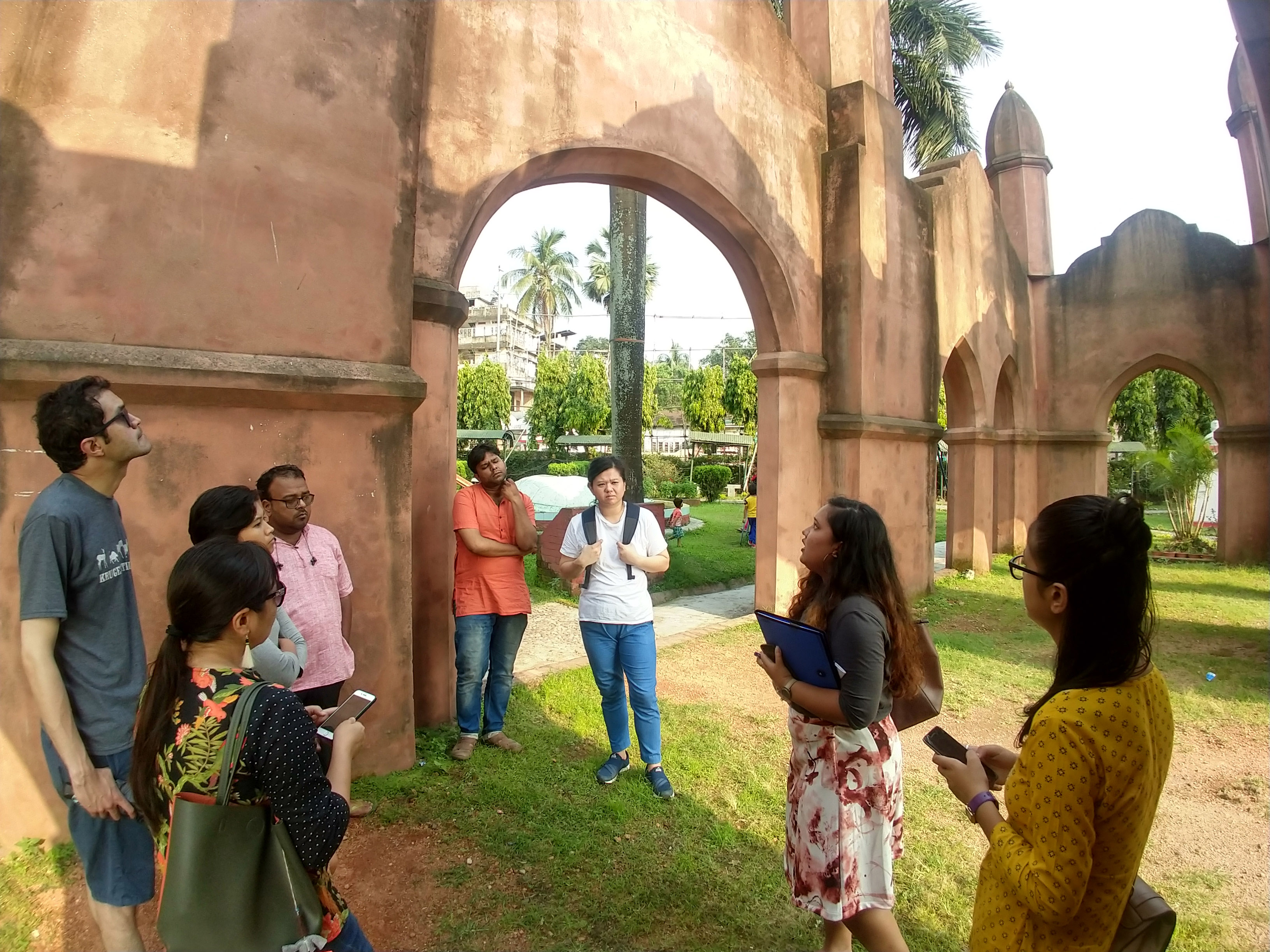 As an architect with a keen interest in history, art and cultural heritage, the core architectural features of the gateway’s structure have always fascinated me. The façade of Northbrook Gate is inspired by the King’s College Chapel in London, United Kingdom. This gateway is a unique example of Indo-Gothic architecture in the region. The oblong plan is supported by eight columns in a symmetrical orientation with a total of 12 gates. North East India falls in the Seismic Zone V—indicating an acute vulnerability to earthquakes—and the gateway has survived some major seismic activity throughout its history. This is also a reason why, unlike other gargantuan gateways, the Northbrook Gate rises to a height of mere 10 feet.

A fascinating aspect of the Indo-Gothic style of architecture is that it changes, evolves and adapts to the essence of a place. The gateway is not purely Gothic in style—it lacks certain features such as the flying buttress—because it was solely influenced by the vernacular that drove the structural design of this gateway. This can be seen on the capital of all the columns. Unlike in Gothic style, where the capitals are pointed and linear, here they are more rounded, like some temple shrines in India.

But the Northbrook Gate has one prominent Gothic element—the arches. This gateway has survived severe flooding and earthquakes in the past, which shows the strength of its construction. Although there is not much information on the substructure of this gateway, i.e. the foundation on which it stands, the arches tell a lot about the superstructure, i.e. the structure above the ground. Other than being used as an aesthetic feature, the arches—namely the lancet arch, drop arch and segmental arch—transfer the load of the superstructure to the substructure.

Though my previous visits to Northbrook Gate, I have been able to decipher its structural and architectural elements, and share them with the fellow walk participants. However, not many are yet aware of the history of this monument, let alone its architecture. While thousands of people pass by the gateway just beside the main city road, it survives in oblivion, amidst the glittering lights of Guwahati. 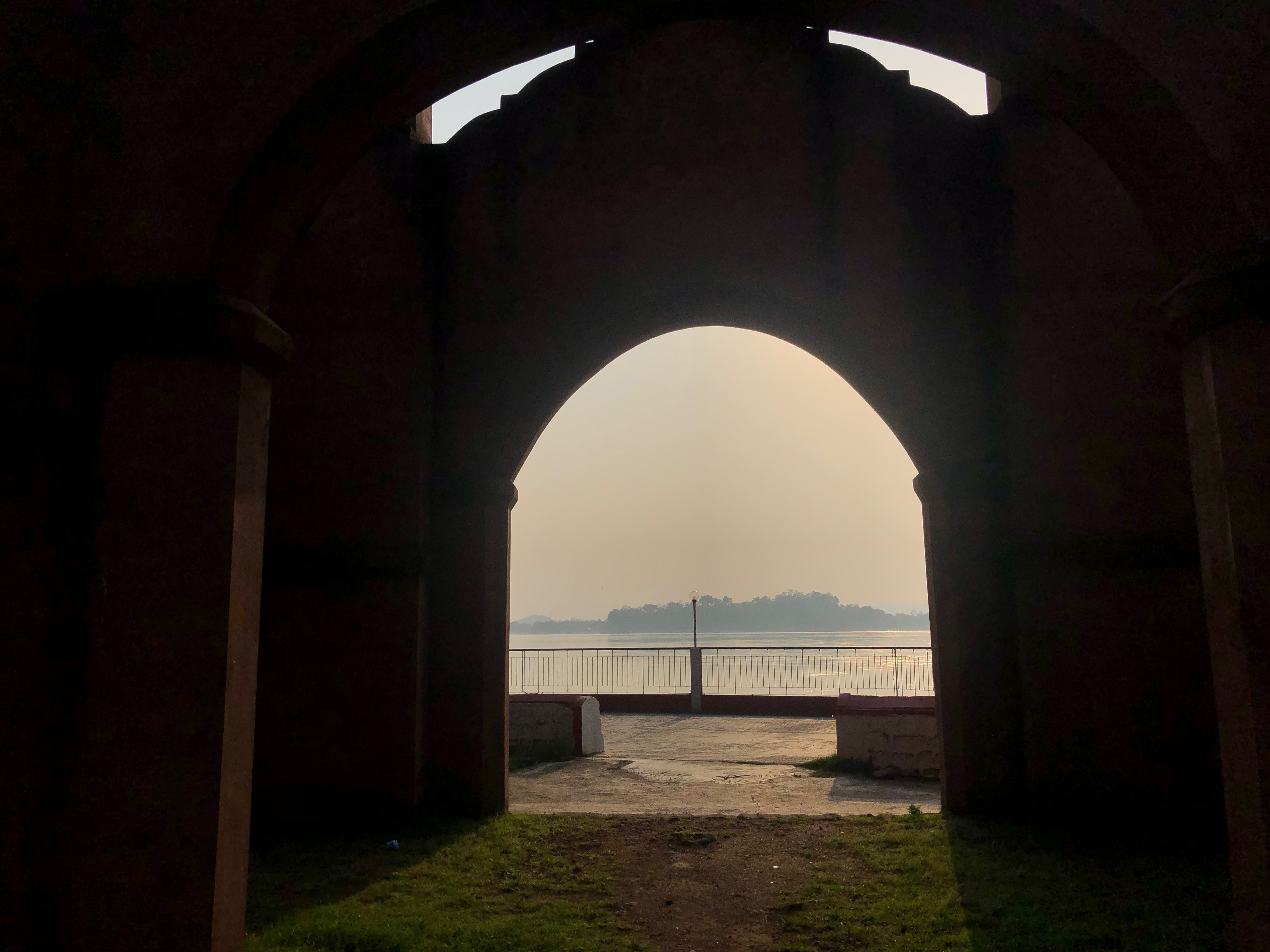